It dawned on me while watching my friends perform an incredible show of Into the Woods directed by Paul Gélineau, that I may never perform on a main stage like Keyano Theatre again.

It comes with mixed feelings, to say the least. I feel like the most creative years of my life have been these past 5.5 years in Fort Mcmurray. Though never a lead role, I still get people approaching me and commenting on how they’ve seen me in this show or that. I think for many performers that is the greatest reward – to be recognized for your art.

All is not lost though. Because even this evening during the reception at the end of the show I was approached by two screaming girls. I couldn’t even begin to make out what they were saying, but for some reason they were so happy to see me! Their speech was slurred due to a combination of alcohol and excitement and one asked me if she could show me to her friends. An odd request I thought, but who am I to argue with fans?

So off I followed this girl with the beautiful tight white dress and decorated with black feathers.  A few moments later she brings me to these two gentleman and I finally understand what’s happened.

“Omg it’s her! It’s her! ” there’s a group of 6 or 8 people screaming and pointing! “You’re the girl in the photo!” “You’re the girl that photo bombed us! We’ve been looking for you everywhere!”
So apparently during intermission….( As I do with all photo bombing opportunities) I jumped into the photo of this group and made the best face I could.

Lo and behold it turns out that I became “photobomb famous” in an evening. The group actually had a bet that whoever could find me would get 10 points. And each person made it their perogative to seek me out. Flattered, I am! Really!

Anyways, it really was a great night. Filled with admiration of my amazing friends who blew my mind on stage and a sense of loss for what I feel I’ve only recently discovered and now I must leave it.

One of the other things that brings my journey to a full circle is seeing one of my dental hygiene clients that I’ve seen since I’ve moved to Fort Mcmurray. For the past few years he’s seen my shows and supported me. And everytime I see him I tell him to audition. He always said maybe but he wasn’t sure if it was his thing.

And just a few months ago he called me up and offered me tickets to see him perform in A Few Good Men. It was such an amazing moment, to see someone actualize their ambition.

Tonight I saw him and he wished me well on my new phase and it really accentuated the fact that I have indeed come full circle.

Thank you Keyano Theatre and all my theatre friends.  You have reminded me of a love I once thought lost and you have reinvigorated a  passion within me that I thought I did not need.

It is a difficult thing to say goodbye, but it is not goodbye but rather a so long. For I will see you all once again, upon a stage, beyond the stage and before the stage.

I realized lately that I have been semi present in the online world of things but it’s because I’ve been busy. Arting. 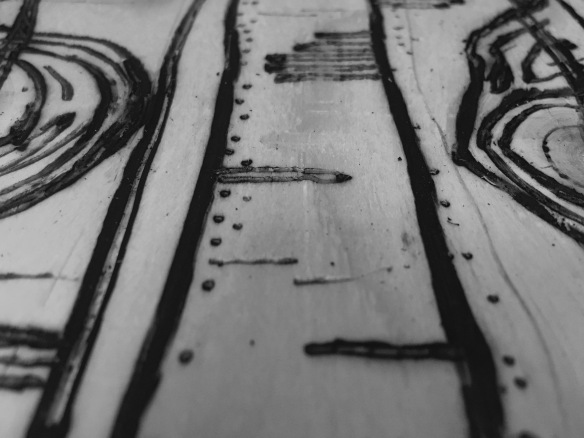 END_OF_DOCUMENT_TOKEN_TO_BE_REPLACED

In the past living in other cities, I’ve been away from my friends and community for sometimes months at a time.  And often times it would take quite a bit of effort to “get back in,” into those groups. After the Woods Dream Job stealing me away from my town for 5 months, I have to be honest and say I was a little apprehensive coming back. “Would people remember me? Did they miss me? What did I miss?”