Everyone wants to be like Mike. The world is full of “I wish I could, ” “I want to do that,” and “if only,” kind of people. I am here to tell you, that you can, you will and you are. It’s up to you to say “Yes. ” Read my post about The Importance of Yes Friends.

I met Mike 12 years ago – or something around there. I had just moved to Calgary after high school and I was trying to figure out how I could afford post secondary. Being stereotypically Asian, I had good marks but halfway through high school I had to move away from an unhealthy home situation with my step mother and as a result, my grades declined.

I decided to upgrade some of my courses while I was figuring out what I wanted to do and hopefully open up some more doors.

This is where I met Mike. Upgrading at Mount Royal College. Since we were the nerds in high school and had the same loathing for our current situations, we soon became besties. 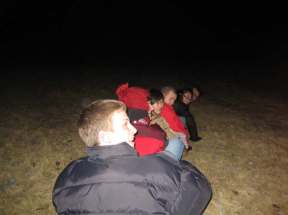 We would joke about how bad ass we were, ruling the halls of adult learning. We ran the streets of Calgary chasing public transit and busking the corners of downtown Calgary with our limited musical skills and off tuned guitars. We even got free tickets to Brian Adams and crashed our way front stage and felt his sweat upon our youthful faces as we screamed,

Eventually our lives went in different directions and I moved away to chase the West Coast dream.

We stayed in touch over the years, through a sporadic message or email every other year or so. Recently, I moved back to Calgary and Mike and I reconnected. 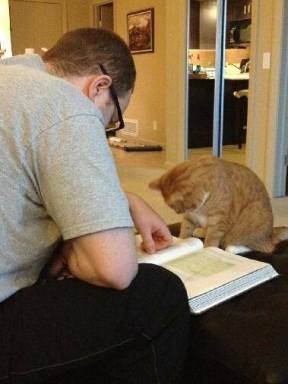 It turns out his mom got him into climbing and he wanted to learn more about the outdoors. You see, Mike is an indoor Cat. Over the last 12 years he’s been working inside, obtaining his business degree in Lethbridge and doing random indoor cat kind of jobs.

He’s never climbed, surfed, paddled, or been involved with anything of the like.

Mike always said he had some of the best times back when we were in school together. I’m about to change his life again. The only stipulation is. He must say “YES.”

And yes he did.

Mike is a “Yes Friend.” In the past couple weeks he’s been going to the climbing gym, working on his mad crushing skills, almost everyday.  He’s learned how to belay and even his mom has gotten involved and happily belays him when he’s unable to find “yes friends.”

How awesome is that? Mike’s mom took the belay course just so she could help Mike get into climbing, and it was HER idea! My kinda gal.

Mike isn’t only just picking this up as a hobby, he’s decided that he loves the sport and he’s going all out, balls out. Over the past couple weeks he’s taken the time to research gear and terms and all things climbing. He even bought the book The Rock Warrior’s Way which is typically a guide for serious climbers to improve their mental and physical prowess while climbing.

On top of that, in the past couple weeks he’s learned to lead climb safely, clean routes and even rappel. He even took a few turns at river surfing. Believe it or not he’s even hiked for the first time.

You have to keep in mind that Mike has never been exposed to any of this kind of stuff. He’s also very afraid of heights.

A few weeks ago his goal was to “maybe get halfway up the wall,” in the climbing gym. now he’s already led several outdoor climbs and unsighted his first 5.4 as well as red pointed a couple 5.7’s and a 5.5. I’m not saying this was a cake walk for him. Mike has had to really overcome some incredible blockages. That’s why i’m inspired by him and writing about this. 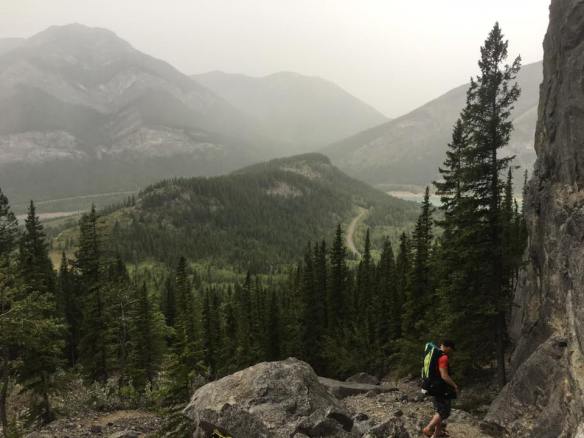 For those who are able and willing to do anything and everything, tasks like these seem like more ways to have a good time. For those where maybe that does not come so naturally, it takes will. Guts and determination. Not to mention a lot of fear. That’s why Mike is so impressive.

Then when success was not immediate or he was intimidated by the next step, he didn’t just say “I’m done. I quit.” He took a breath. Took a break. Collected himself and said “okay that was freaky, but I’m ready to try again.” I know most of our lives people have told us you must try before you can succeed. What they didn’t tell us is that you must TRY AGAIN and AGAIN… and maybe AGAIN before you can succeed.  Most of us believe that if we tried once, that means we made an effort and it’s okay to quit. I don’t believe that, and if you really ask yourself “did I give it an honest effort?” you will also probably agree that once is probably not enough. 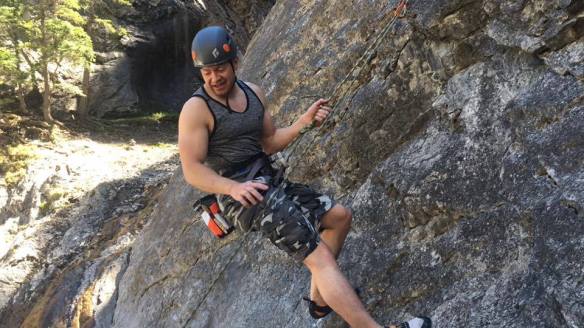 I am going to tell you all now to take a page from Mikes book. Be brave. Say yes, and challenge yourself to something. Anything. Challenges were made to be accepted. Attempts were meant to be made in multiples. Find something you’ve always wanted to do and I challenge you to try it more than once. More than twice. More than three times, and when you do, please share your story with me. Remember it’s aweSOME, not aweONE. Now get outta here!