Barely 5 hours ago I was fueling up at Mac’s Esso in Fort McMurray in preparation to go back to Calgary.

I shudder to think if that gas station is still standing.

A couple days ago, a wildfire began in the southern outskirts of the town that has been my home for the past 5 years. Skies have been clear and blue save for a small dark cloud that began to form during our One Act Festival rehearsals. By that evening some of my friends were called to standby by for voluntary evacuation. 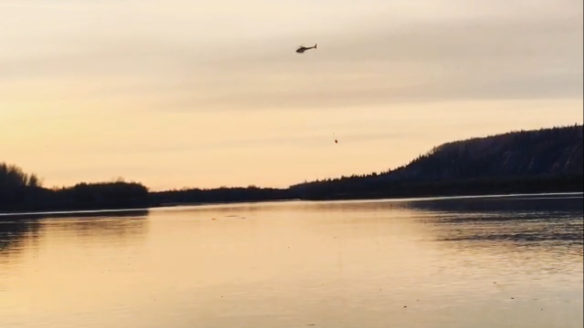 Yesterday, I watched water bomber planes fill buckets of water from the Athabasca river to put out the wildfire. It seemed to get better, it seemed to be controlled.

This morning the skies were clear, a very faint smell of smoke lingered in the air, but for the most part everything seemed to have improved.

I left Fort McMurray at about 10:00hrs this morning and city life seemed to be rolling as usual. Within a couple hours my phone was going off the hook and radio reports were escalating with updates of the fire.

It is now like a post apocalyptic scene. The wind has changed and many of the neighbourhoods have been evacuated.

People cannot go south bound to escape the fire because the highway is now blocked by the fire. 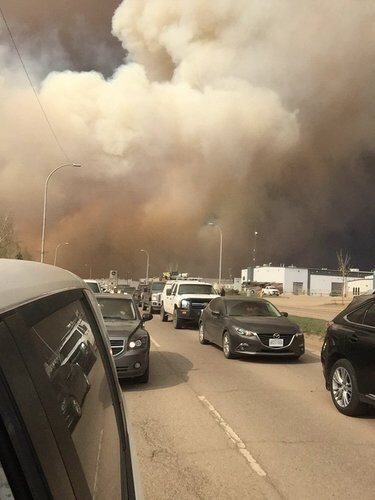 My friends have mostly evacuated north. Some of them are separated from their children and loved ones because the situation changed so quickly people had to leave immediately.

There are not enough resources to control the fire and it’s being said that the goal is to evacuate people but there is little hope of stopping the fire.

I, myself have just arrived in Edmonton and am currently trying to find out if my friends are safe.

Please for those who do not think this is serious, you must leave.  Evacuate now! There are still people not comprehending the severity of this and there’s reports of people still just waiting. DO NOT WAIT. GO. Be safe.